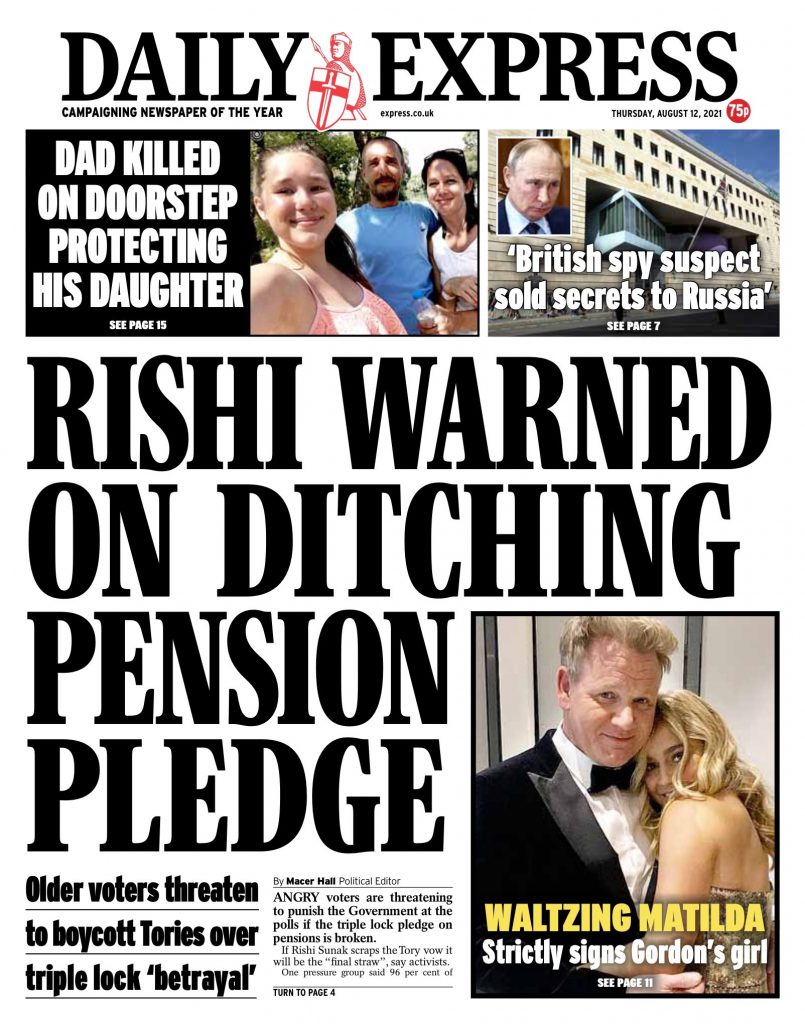 This morning’s Daily Express raises what is almost certainly going to be the biggest, and potentially most politically damaging, decision that Sunak has to make – should state pensions rise in line with the triple lock formula which because of COVID could give them (and me for that matter) an 8% rise.