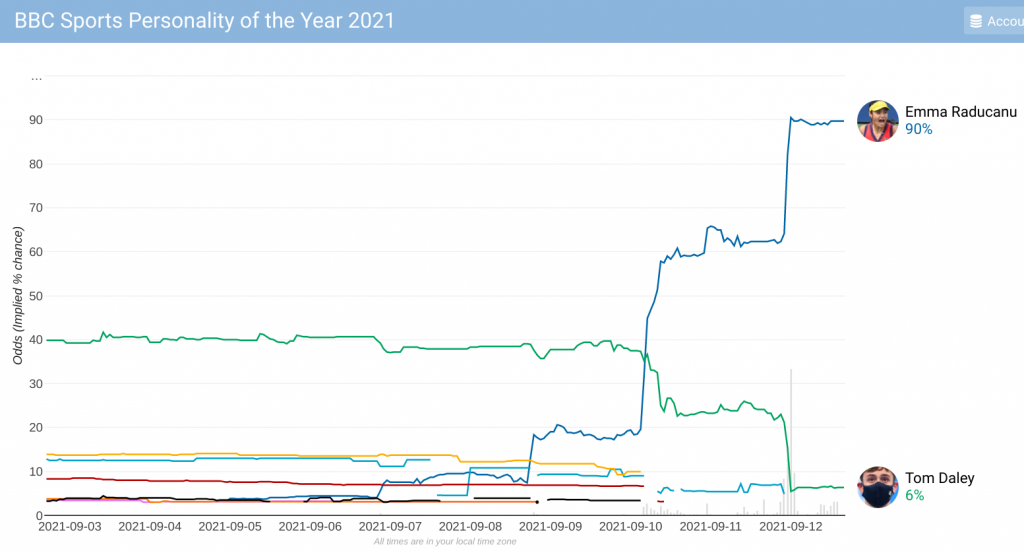 As predicted the victory by the 18 year old from Bromley, Emma Raducanu, has seen her shoot up in December’s election for the 2021 BBC Sports Personality of the Year and is now rated as a 90% chance by Betfair punters, Her victory late last night led to Tweets from the Palace, Number 10 and even Vote Leave and no doubt this is a young lady whom we are going to hear a lot more about.