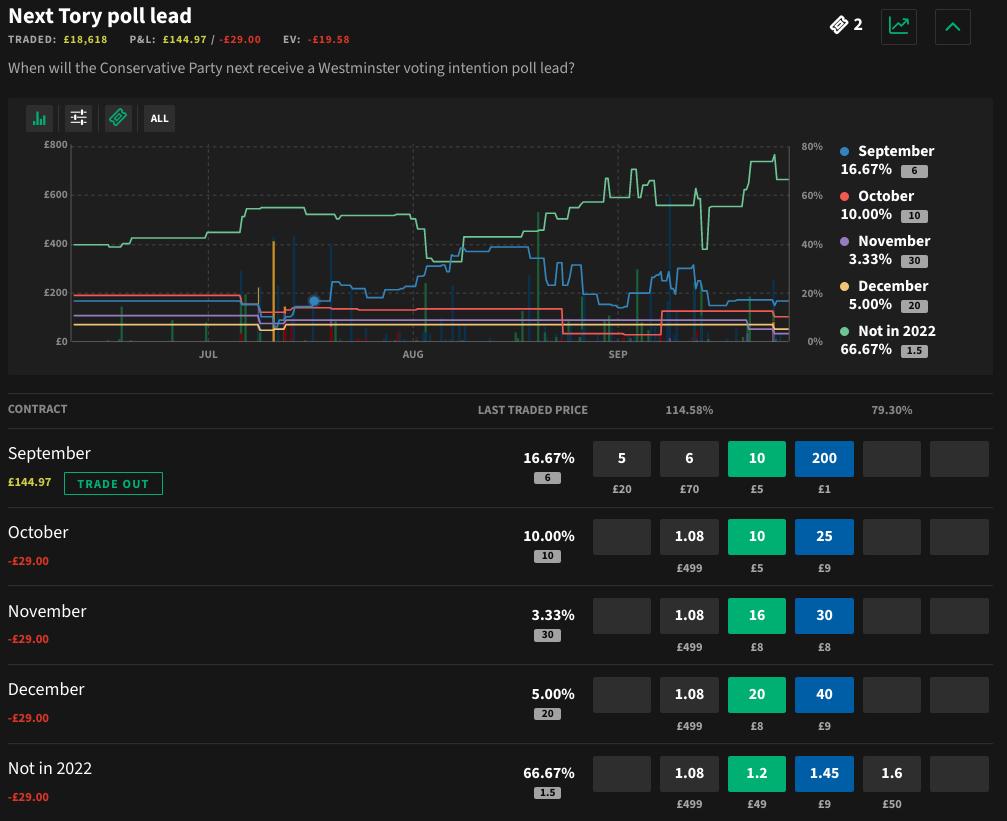 Regular PBers will recall that back in July I was suggesting that a Tory poll lead in September was a likely possibility because the new leader would get a bounce. The contest finished on September 5th and there was plenty of time I reasoned during the month for just one poll to put the Tories over the line