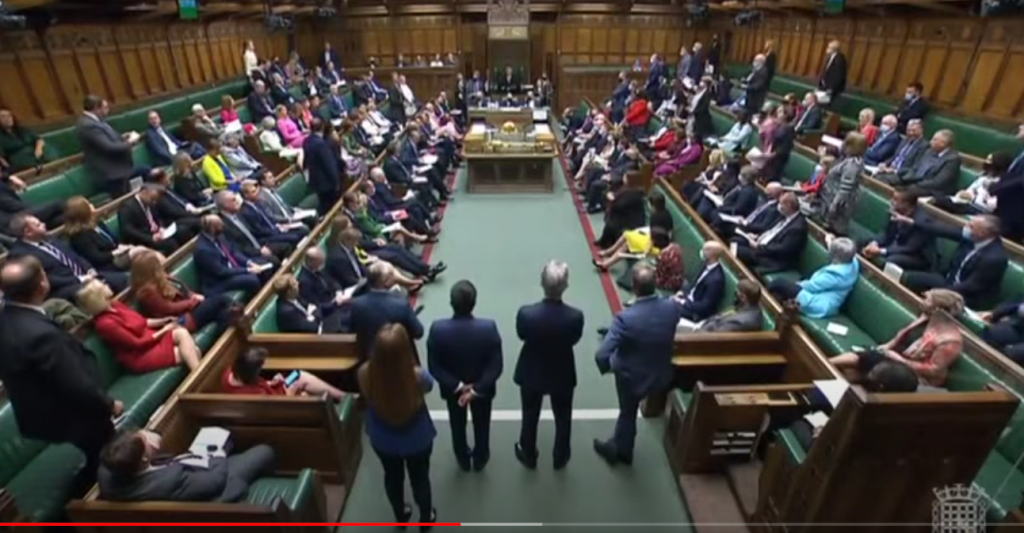 Above is a screenshot of this week’s PMQs and one thing stands out. On the government benches hardly any MP is wearing a mask while amongst opposition party MPs the vast majority are.