Starmer edging up in the next PM betting – politicalbetting.com 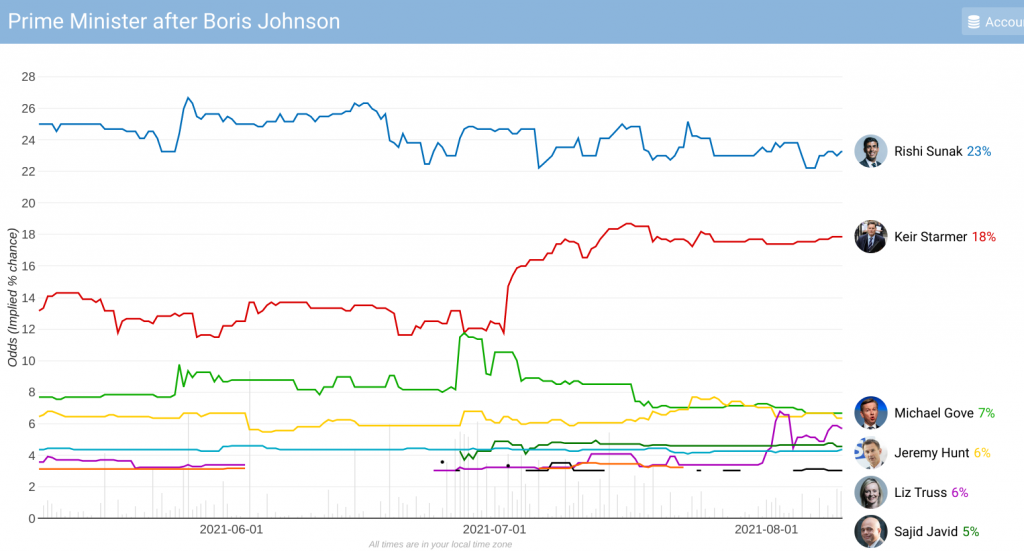 Starmer edging up in the next PM betting – politicalbetting.com

We are only a few weeks away from the party conference season and although the events have been truncated the big set pieces will be the speeches of Johnson and Starmer.