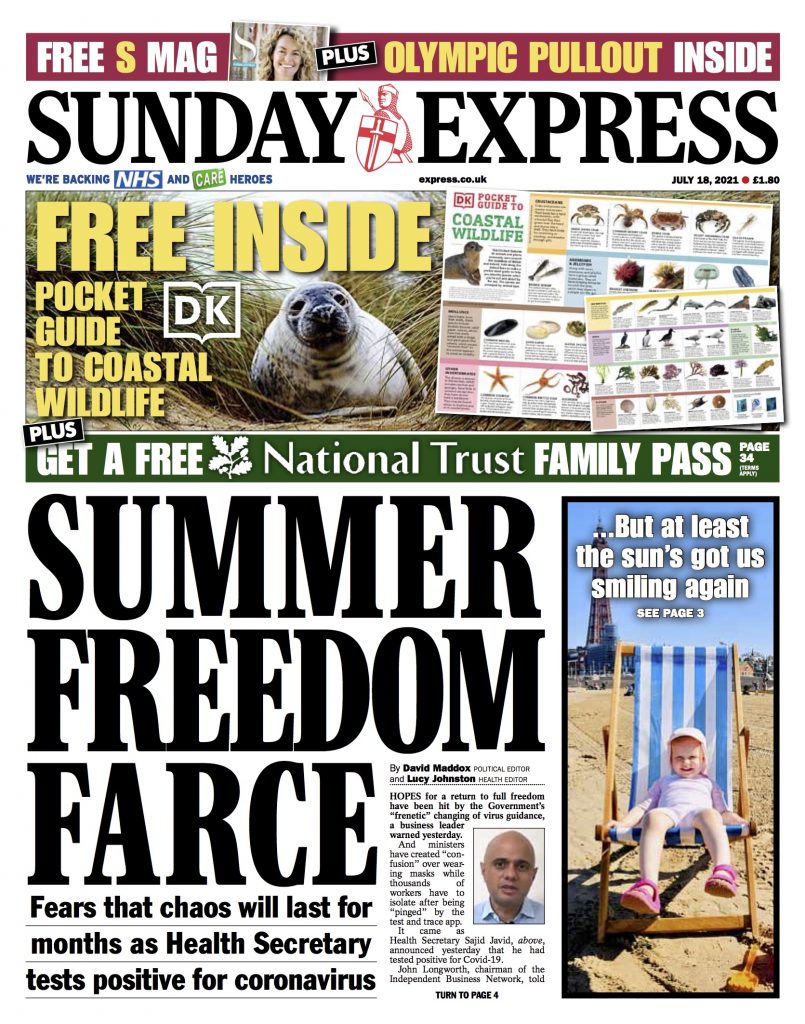 The front pages not good for ministers on the eve of what was designated Freedom day – politicalbetting.com

With so-called Freedom Day scheduled for tomorrow, several of the papers are leading on the fact that this is going to be nothing like what BoJo had declared not so long ago. It is not helped by the fact that HealthSec Javid has now contracted the virus. This is how the S Times is reporting it: