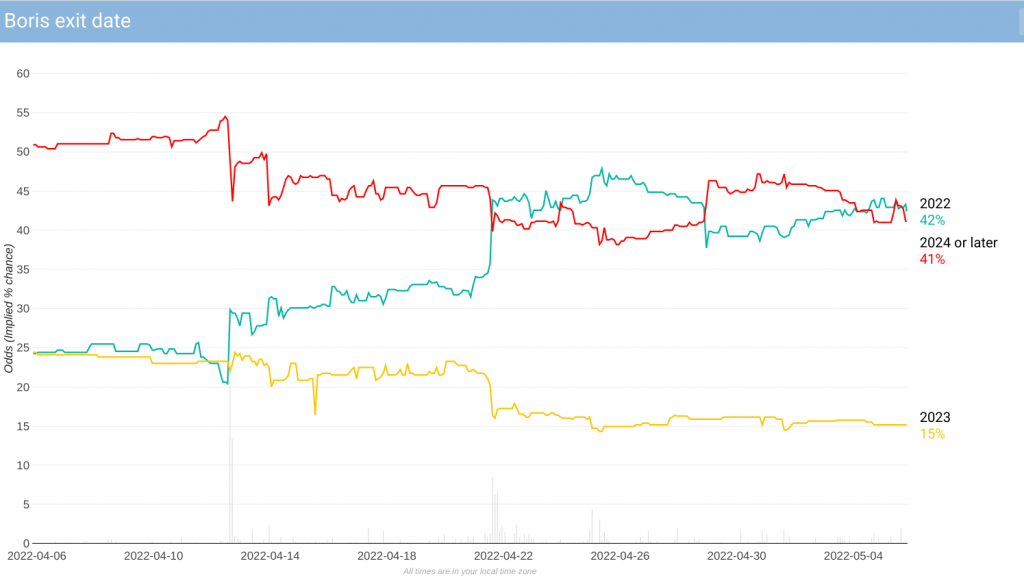 Above s the latest betting chart on the year of Johnson’s exit. As can be seen the prices have drifted a touch during polling day and now 2022 is just favourite.