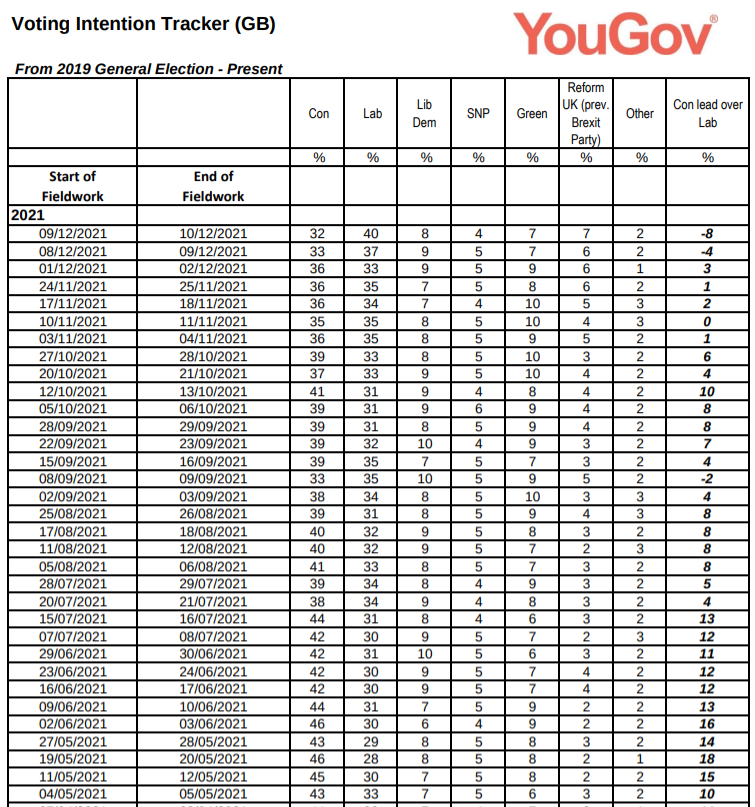 What I find interesting looking at the above table is just how well the Tories were doing in the early summer around the time of the Hartlepool by-election which of course became a Labour loss and a Conservative gain. This, f course, was at the peak of the vaccine bounce when Johnson’s government was getting the credit for the vaccine programme.