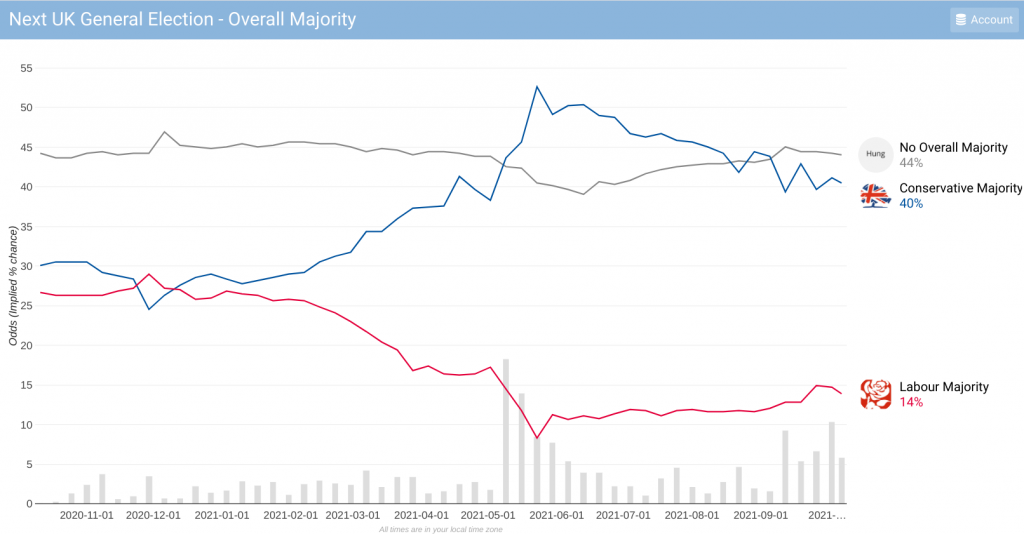 Above is the chart showing the changes on the betting markets for the next general election over the past year and as can be seen a hung Parliament remains the favourite with things having not really changed that much during the conferences.