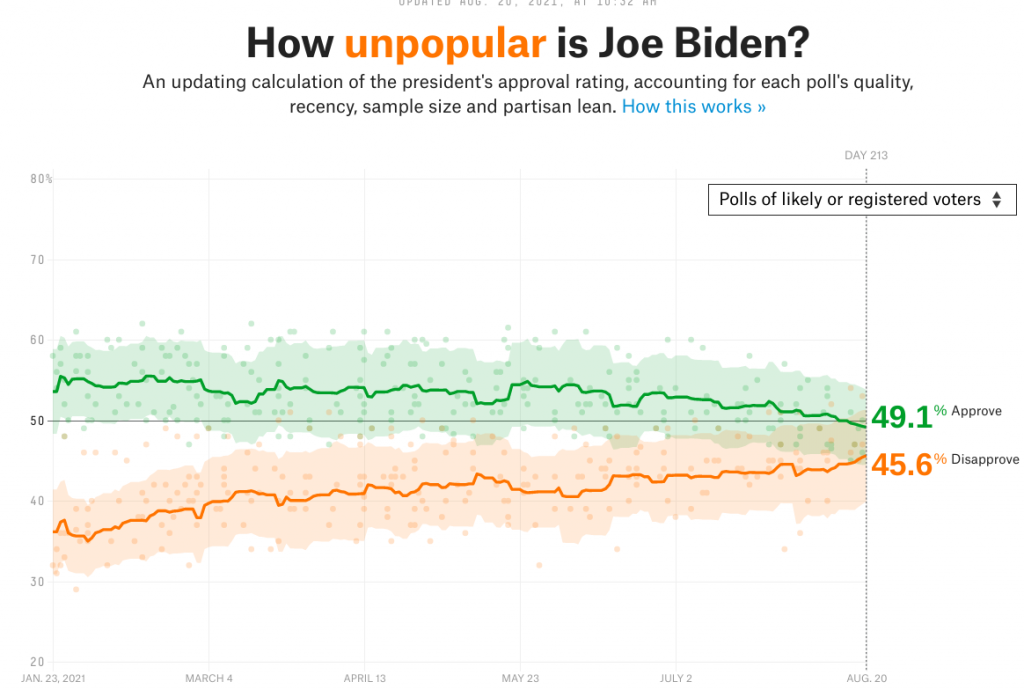 The Taliban takeover of Afghanistan will hold terrible, often fatal, consequences for many people. Interpreters, who assisted Western forces. Journalists, who provided information to their people. Women and girls, regardless of their actions. But, from a political betting perspective, the most notable consequence is a far less important one: It’s been an awful week for Joe Biden.