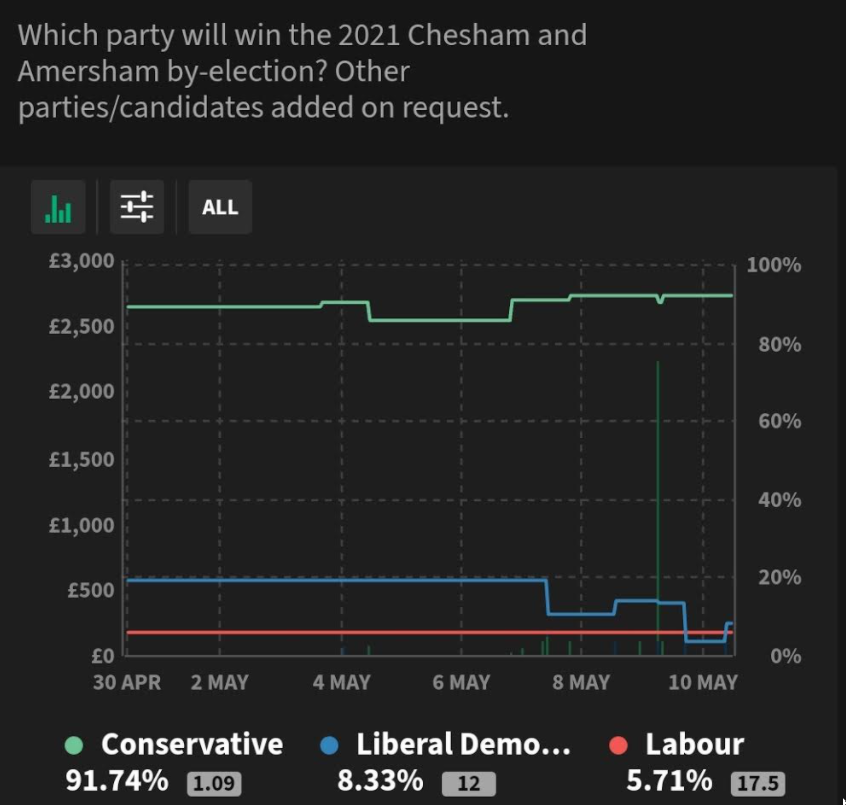 Why the Tories have LESS than a 90% chance of winning the Chesham and Amersham by-election – politicalbetting.com

We have not got a date yet but the Chesham and Amersham by-election looks set to be the next big political betting event and the Smarkets chart above shows the latest trend in the betting which has the Tories with a 91.7% chance.