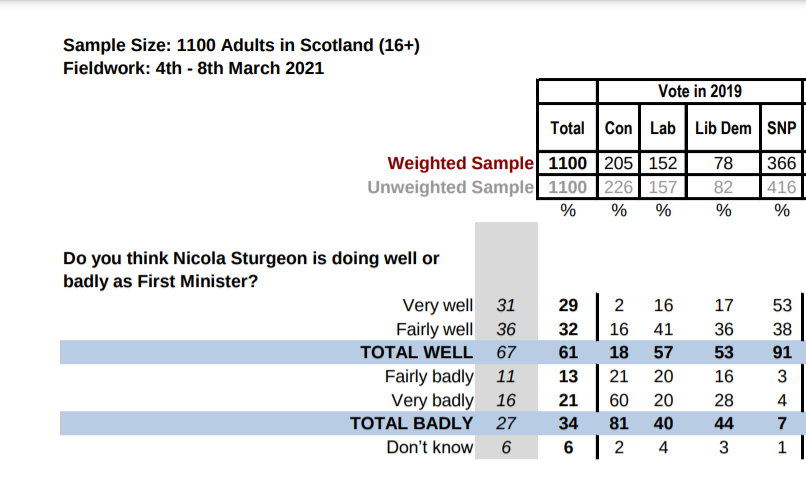 With 6 weeks to go till the Scottish election support for independence edges upwards – politicalbetting.com

With all the polling ahead of the Scottish election on May 6th the two sets of numbers I am following the most are the ones on Scottish independence and Nicola sturgeon’s personal ratings.