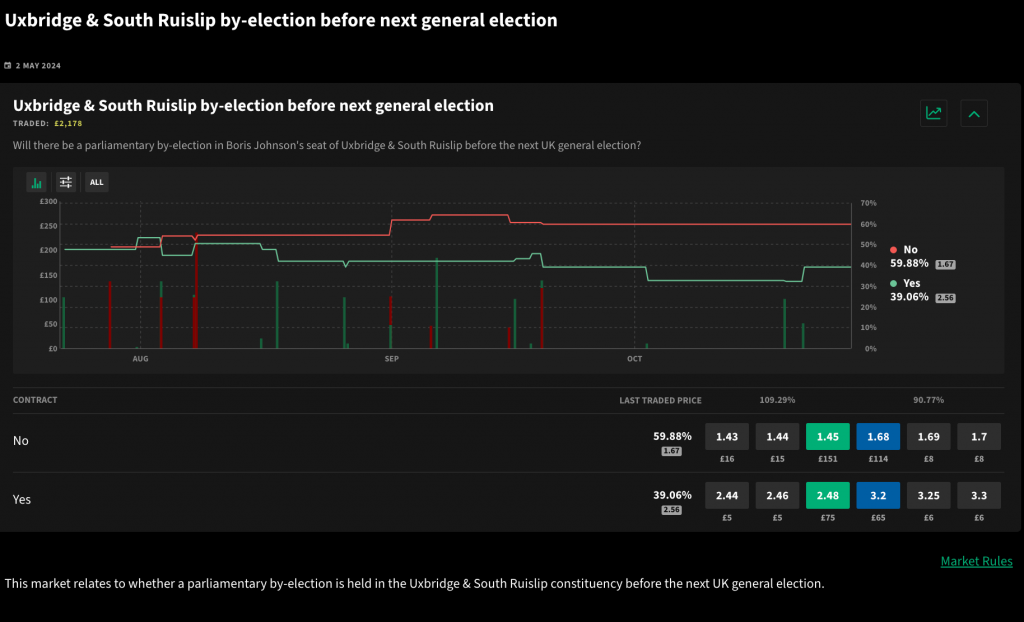 This betting opportunity from Smarkets on a by election in Boris Johnson’s seat is intriguing. This isn’t a bet on the outcome of such a by election but whether there will be one.