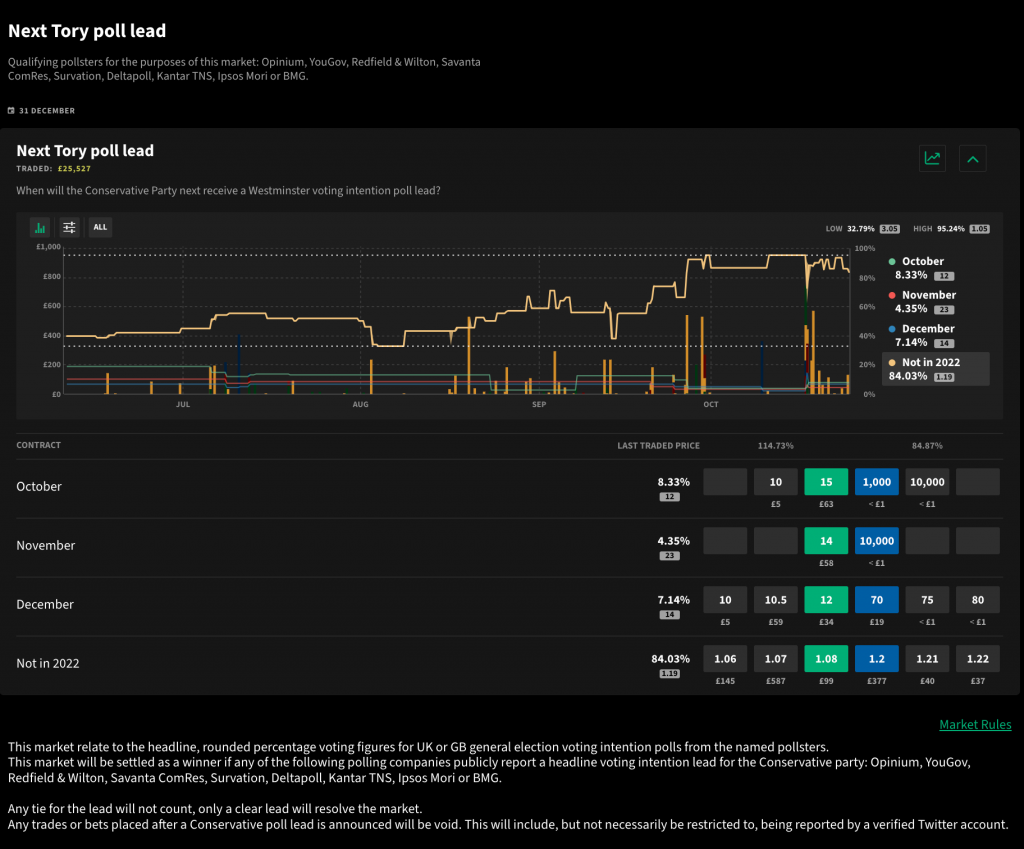 Looking at the regular Smarkets next poll lead market I have to say that given the political landscape and increasing food, mortgages, and energy bills then the Tory polling is likely to remain in the toilet even though I’m expecting a modest Sunak polling boost simply because he’s not Liz Truss nor Boris Johnson.