A damning attack on Truss from ConservativeHome – politicalbetting.com 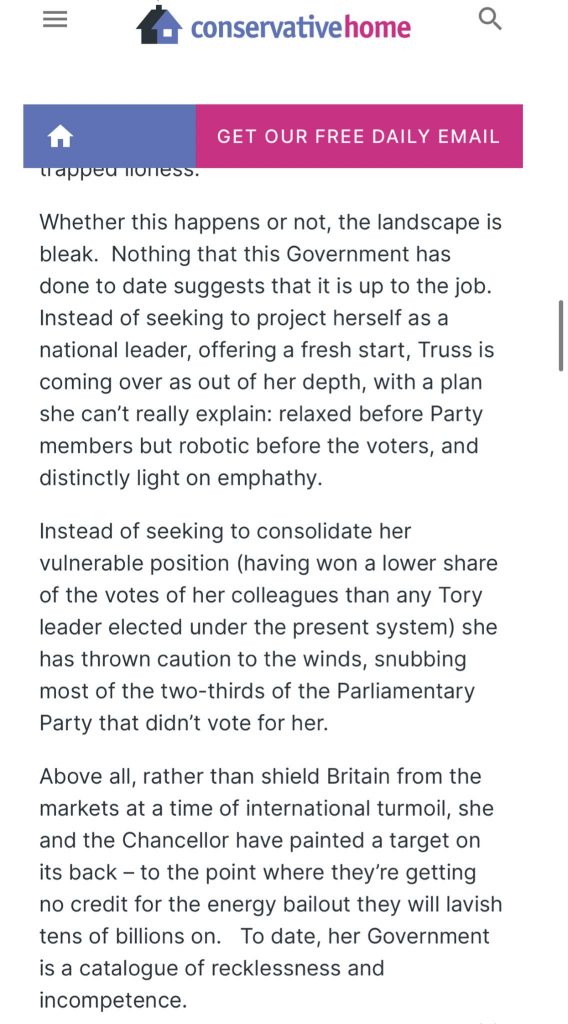 A damning attack on Truss from ConservativeHome – politicalbetting.com

This should be worrying for Number 10 if only because it could encourage Tory MPs to initiate a confidence vote. It certainly chimes with just about every single Tory who has expressed a view to me.