Bojo moving up in the next CON leader betting – politicalbetting.com 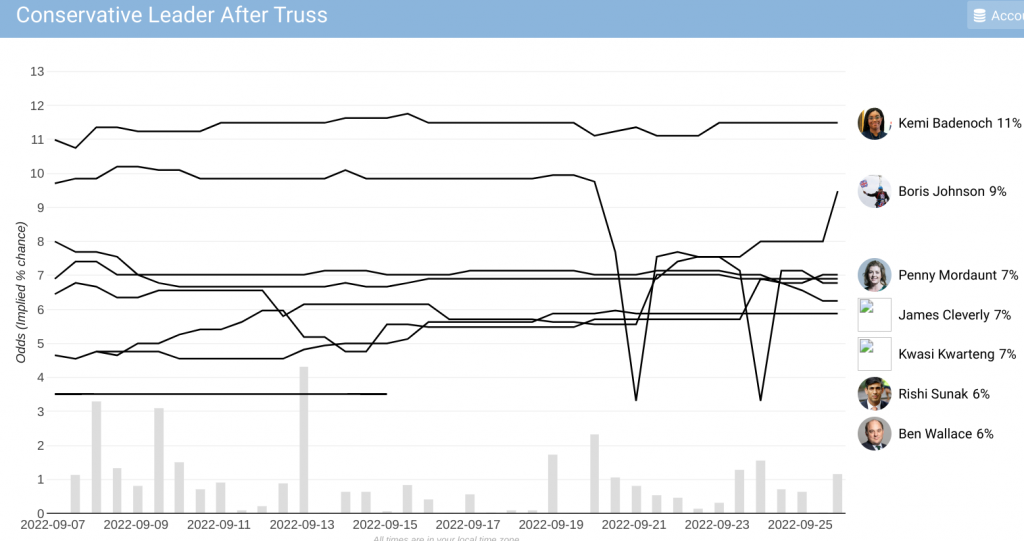 Bojo moving up in the next CON leader betting – politicalbetting.com

When Johnson was effectively sacked as Conservative leader and Prime Minister following the revolt by Tory MPs in July the widespread assumption was that he would leave politics and go and earn huge amounts of money as a columnist and guest speaker.