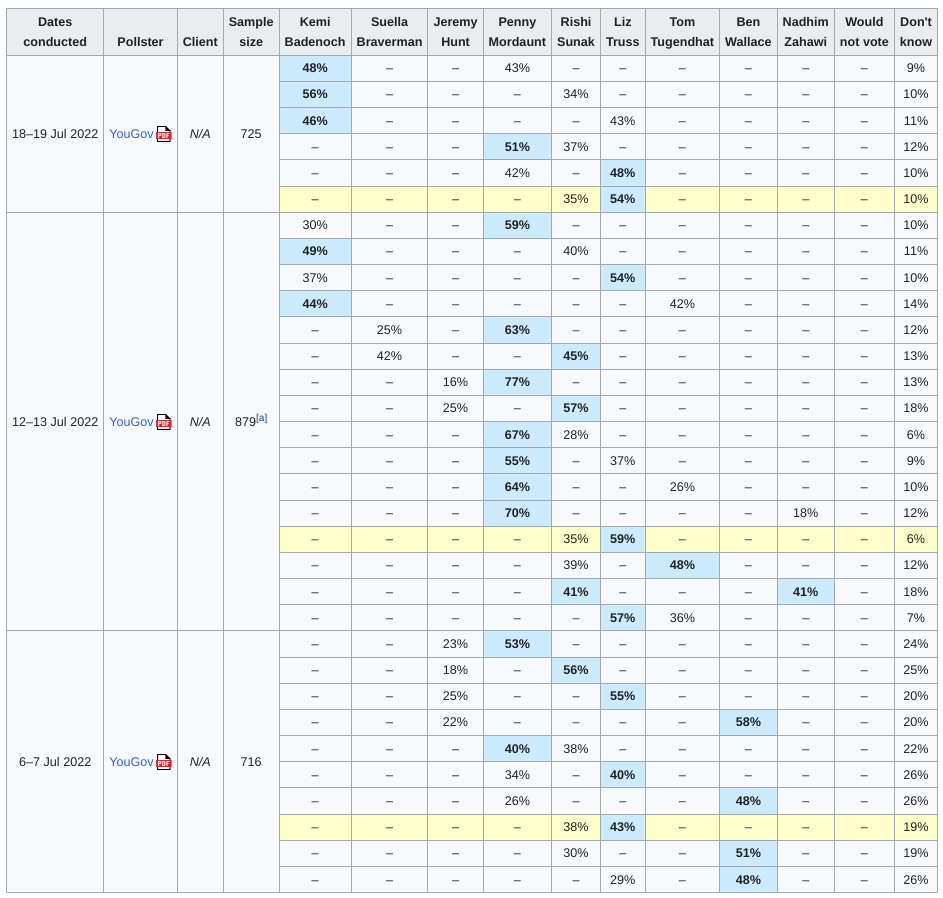 I am finding the above YouGov CON Member’s table on Wikipedia to be an excellent resource during the current contest.