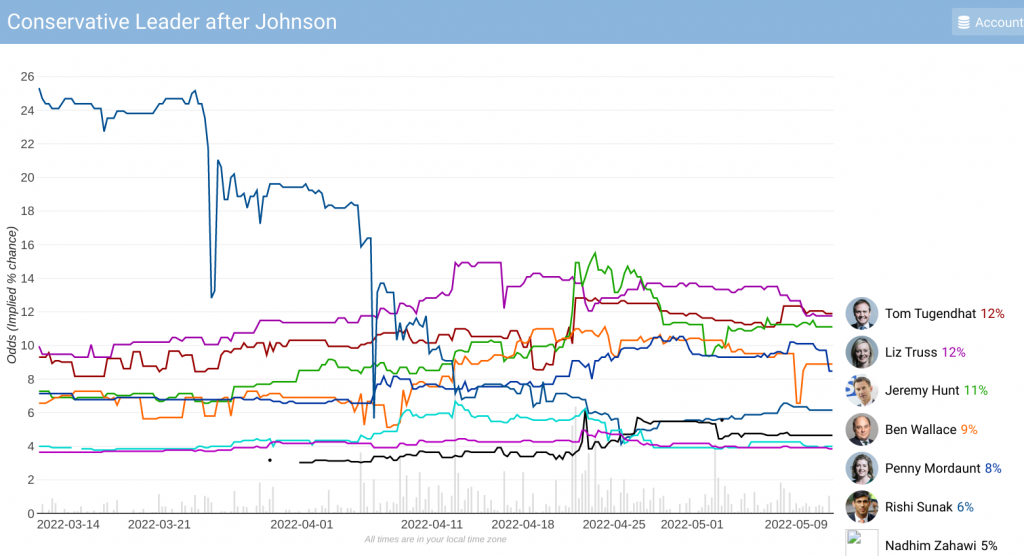 One thing that really boosts Johnson in his can’t position is that there is no obvious person there to replace him as we see from the betting chart above. This of course all changed with the massive decline of the Sunak in March and since then no one has really emerged to perhaps take his place.