Trump becoming an even stronger favourite in the WH2024 betting – politicalbetting.com 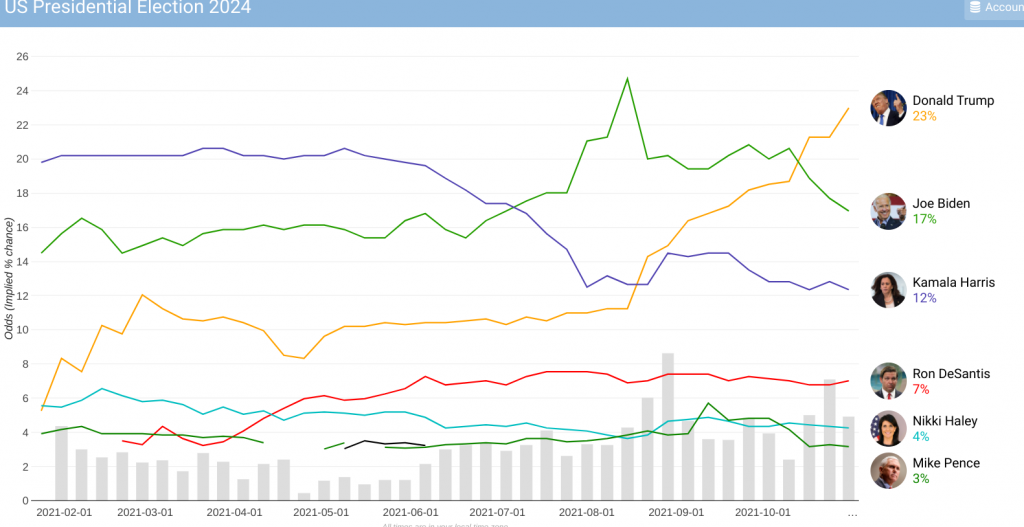 Trump becoming an even stronger favourite in the WH2024 betting – politicalbetting.com

Even though it is more than three years away betting on the next White House race remains active and as can be seen the loser who refused to admit defeat. Trump, is clear favourite and he continues to totally dominate Republican politics. Much of that power would be diluted if he ruled out a run.