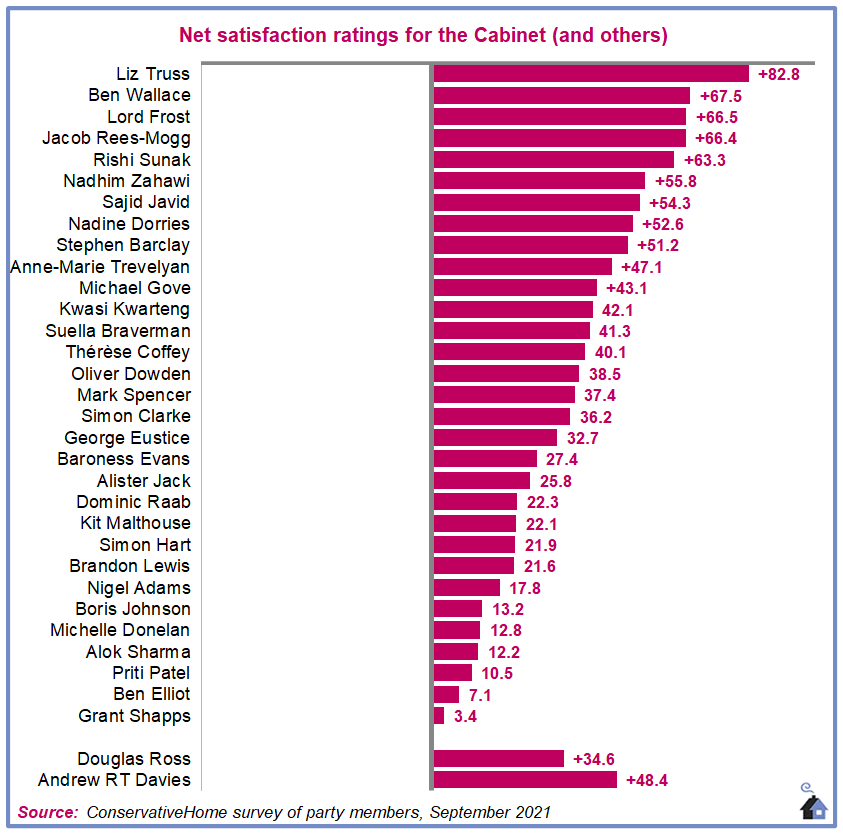 As we pointed out here the September CONHome Cabinet rankings seemed to be a good indicator of who would get sacked in the re-shuffle and who would do well. We have now got the latest figures which once again have Liz Truss right at the top with Grant Shapps now taking bottom place with Patel not far above.