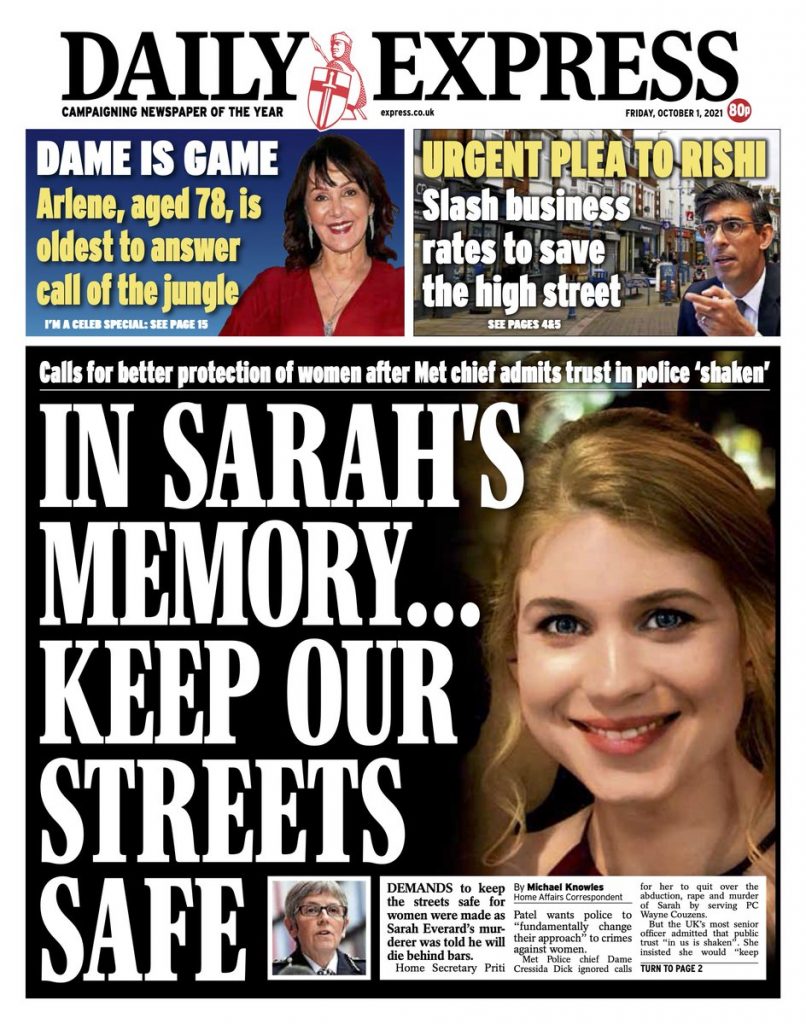 If not already done, the sentencing remarks of Lord Justice Fulford should be read by every MP, Cabinet Minister, police chief, Police & Crime Commissioner and anyone else involved in our criminal justice system. Paragraphs 19 and 23 set out eloquently – in words which should be taken particularly to heart by the Home Secretary and the Justice Secretary – the importance of law and order and what happens when trust in the police is undermined. As the Judge put it – “the authority of the police is to a truly significant extent dependant on the public’s consent and the power of officers to detain, arrest and otherwise control important aspects of our lives is only effective because of the critical trust that we repose in the constabulary, that they will act lawfully and in the best interests of society.” That trust has been severely undermined by Couzens’ crimes. Read Sarah Everard mother’s statement if you need proof: “In the evenings, at the time she was abducted, I let out a silent scream: Don’t get in the car, Sarah. Don’t believe him. Run!” It will not be just her who thinks the police cannot be believed. The damage done to policing is incalculable.