Keir has a net approval lead over Boris – but where it matters least – politicalbetting.com 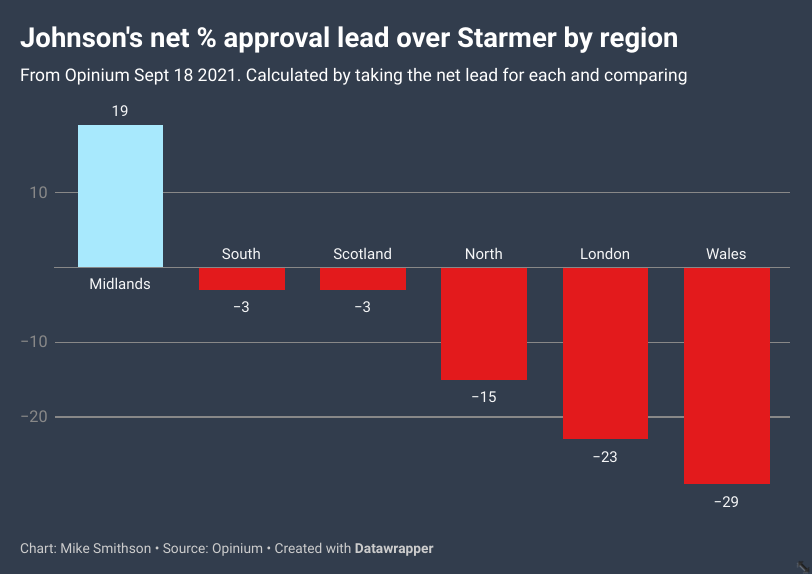 Keir has a net approval lead over Boris – but where it matters least – politicalbetting.com

The above chart has been created from the approval rating data in the weekend Opinium poll for the Observer when Johnson was up a bit from his worst ever approval rating as PM earlier in the month. He’s trailing Starmer in most regions but that is deceptive in electoral terms. For Starmer has a significant edge in the regions where there are fewer marginals but it is much closer in England outside London. Indeed Johnson has a lead in the Midlands.