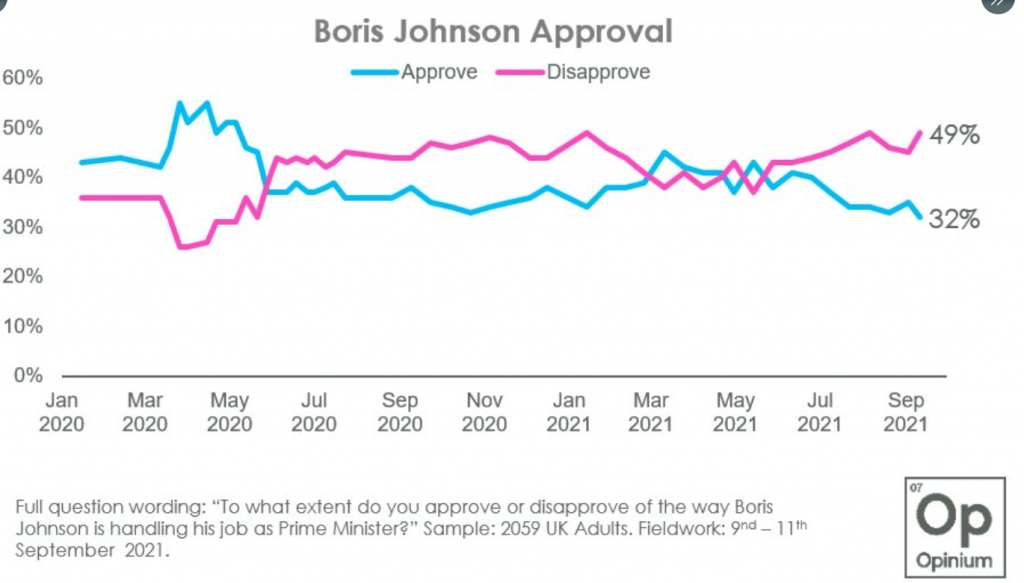 While just about everybody has been focused on the tennis the fortnightly Opinium poll has been published overnght with some bad news for the PM – his latest approval ratings which are featured in the chart above. As can be seen the PM now has a disapproval rating of 49% with just 32% saying that they approve. The former is the highest it has been since he entered Number 10 and the latter is the lowest.