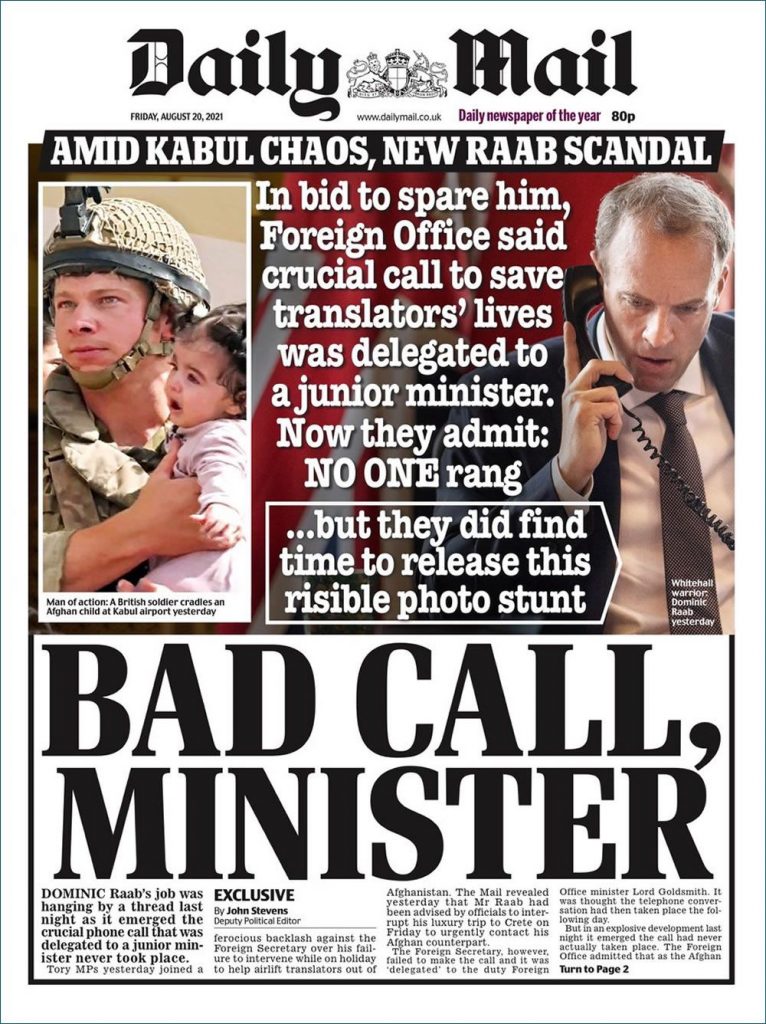 As I indicated in my post yesterday I thought that Raab would survive as Foreign Sec following the revelation that he did not make phone calls to his Afghan opposite number in order to protect the Afghan interpreters at the UK’s embassy there.