A LAB majority back as general election favourite – politicalbetting.com 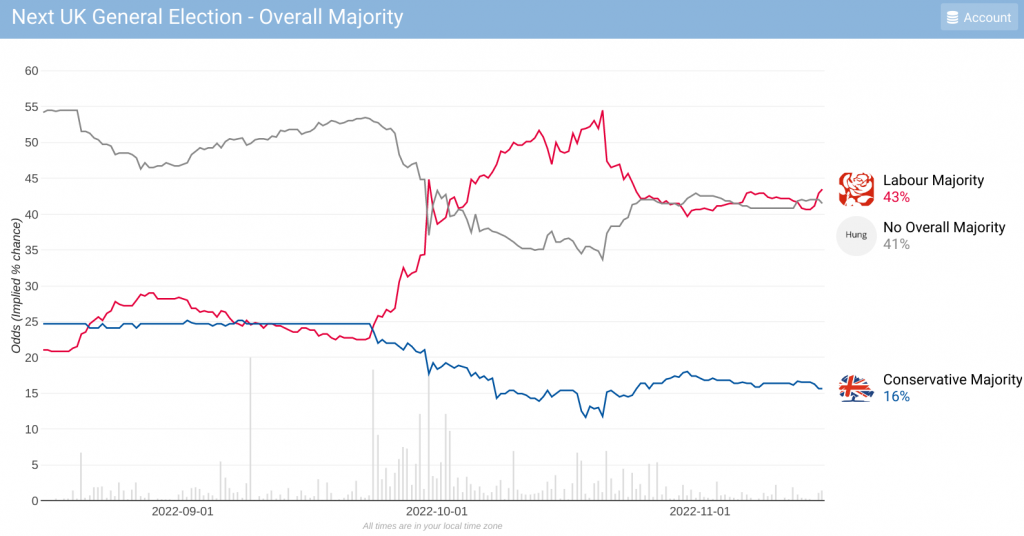 A LAB majority back as general election favourite – politicalbetting.com

We have been focused so much recently on the American elections that we have ignored the betting on what is going to happen at the next UK General Election. The chart above shows how the outcome has fluctuated between a hung Parliament or a LAB majority and the latter has now just edged into the lead as a 43% chance.