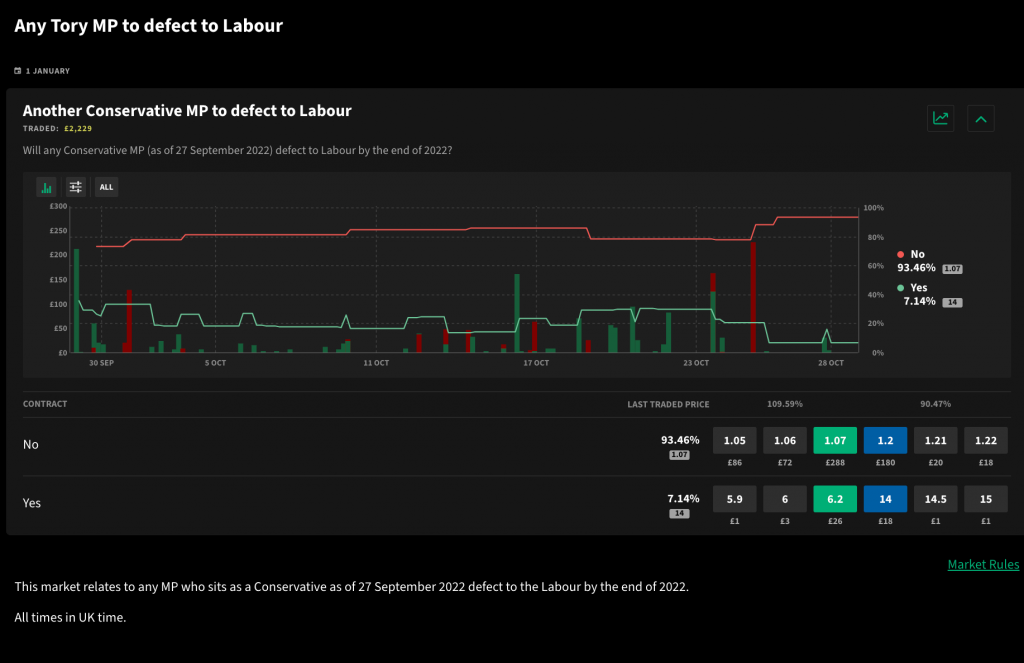 This betting opportunity from Smarkets is worth looking at, the market is about a Tory MP defecting to Labour by the end of the year, my hunch is plenty of you will fancy a seven per cent return in just over two months.