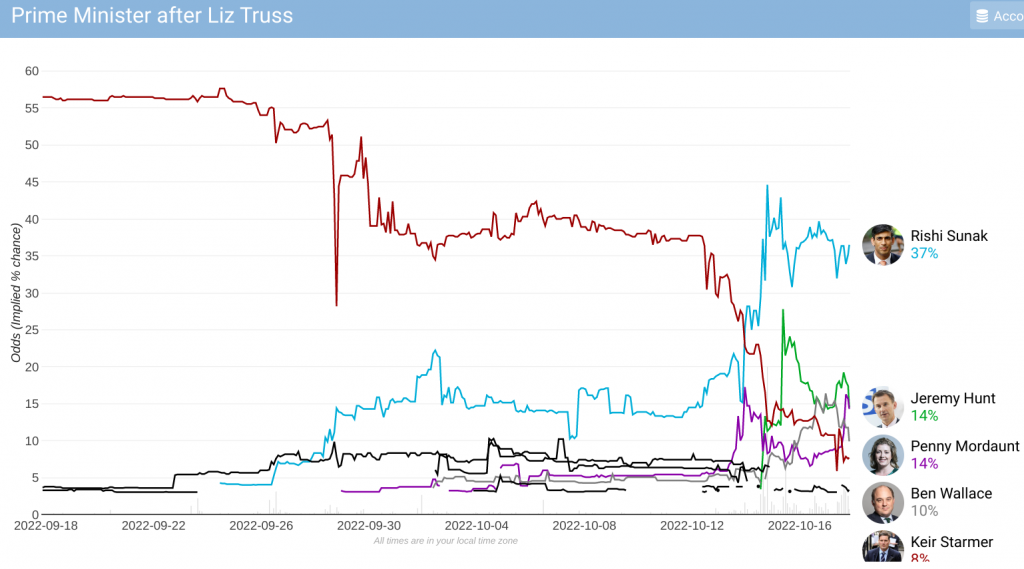 I find this one hard to call as, judging by the betting, so do punters. Sunak has been favourite for so long but would he fail again in a leadership contest?