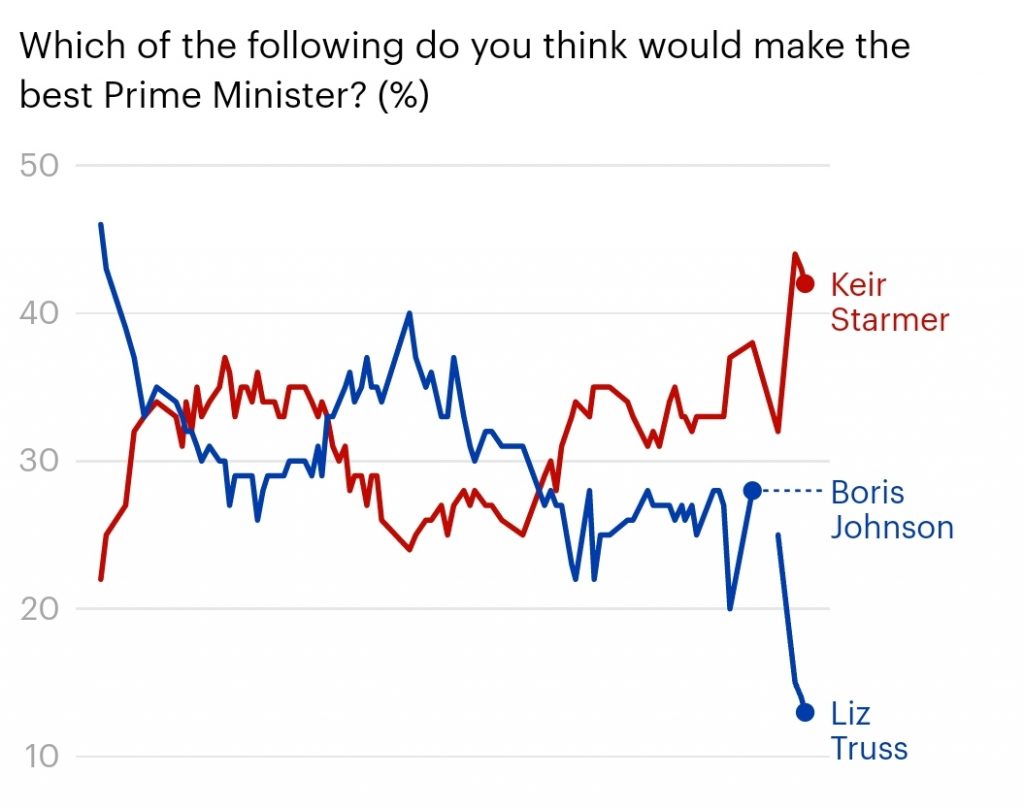 There is a new YouGov poll in which the Tory deficit behind Labour is now at 28% which is a touch better than last week.