A 2023 Truss exit now a 58% chance in the betting – politicalbetting.com 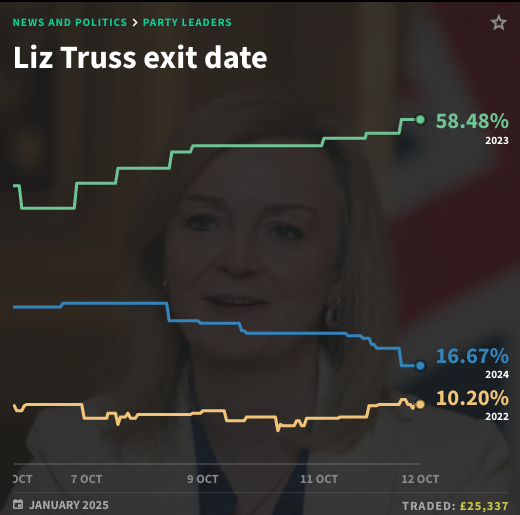 A 2023 Truss exit now a 58% chance in the betting – politicalbetting.com

If the betting markets have got this right then Liz Truss is not likely to be fighting the next general election as Conservative leader and PM.