Liz takes a bit of a tumble in the betting – politicalbetting.com 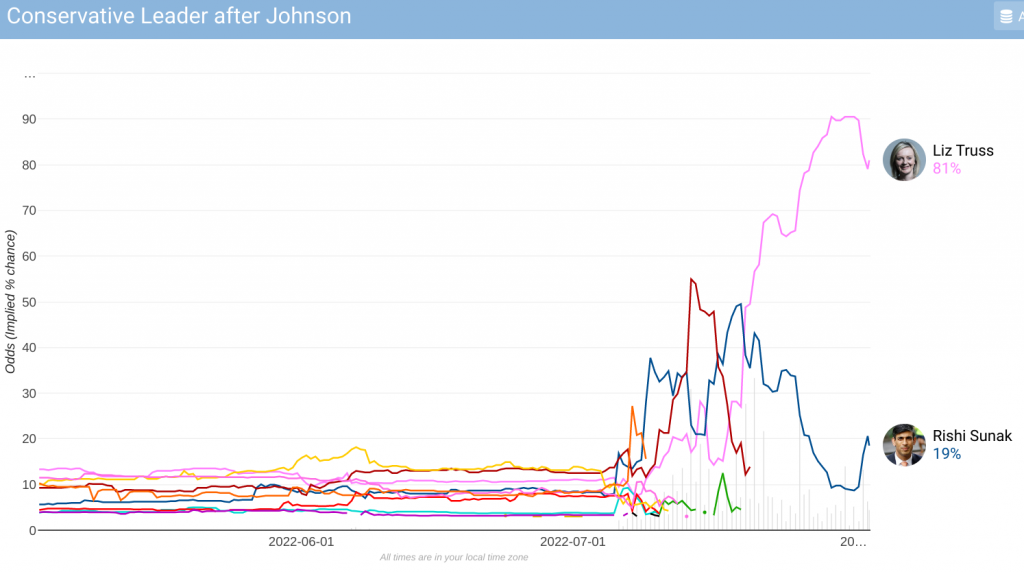 Liz takes a bit of a tumble in the betting – politicalbetting.com

So far it’s been just about the worst day for Liz Truss for some time on the betting markets. As can be seen she has slipped sharply though she is still an 81% chance.