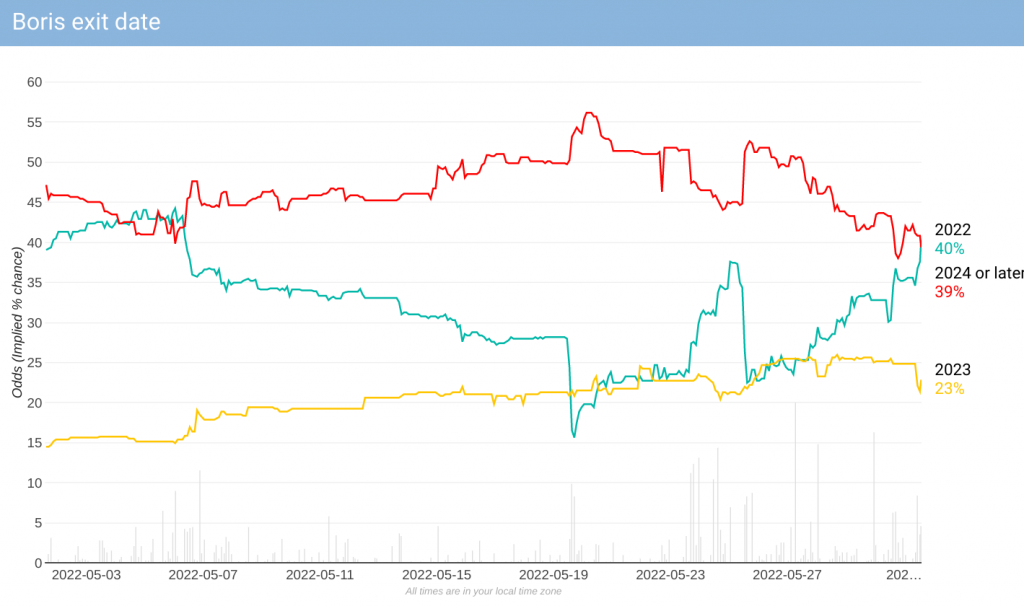 With the drip-feed of Conservative MP’s coming out against Johnson carrying on as party leader and PM, the BoJo exit date betting has taken a turn. 2022 is now favourite for his departure from Number 10.