A 2022 Johnson exit surges in the betting – politicalbetting.com 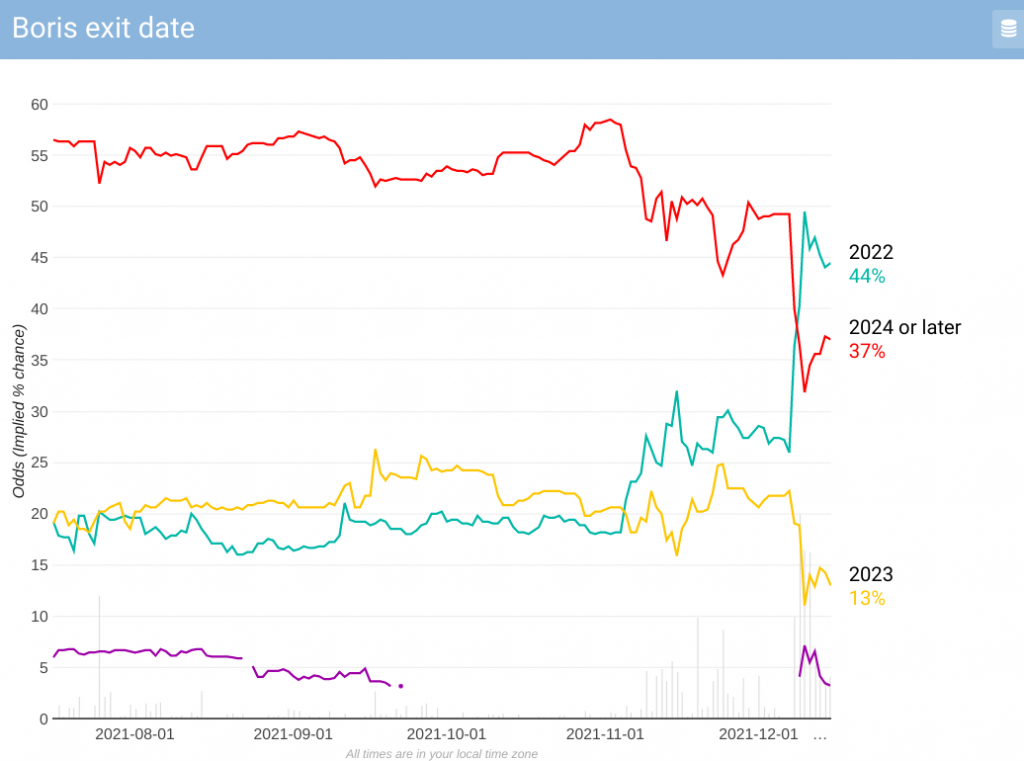 A 2022 Johnson exit surges in the betting – politicalbetting.com

After the huge rebellion of Tory MPs last night against BJ’s Covid plans the chances of BJ going early, perhaps next year appears increasingly likely. That is how punters are seeing it as the betdata.io betting chart shows.