In terms of dates the ComRes LAB 6% lead poll is still the latest – politicalbetting.com 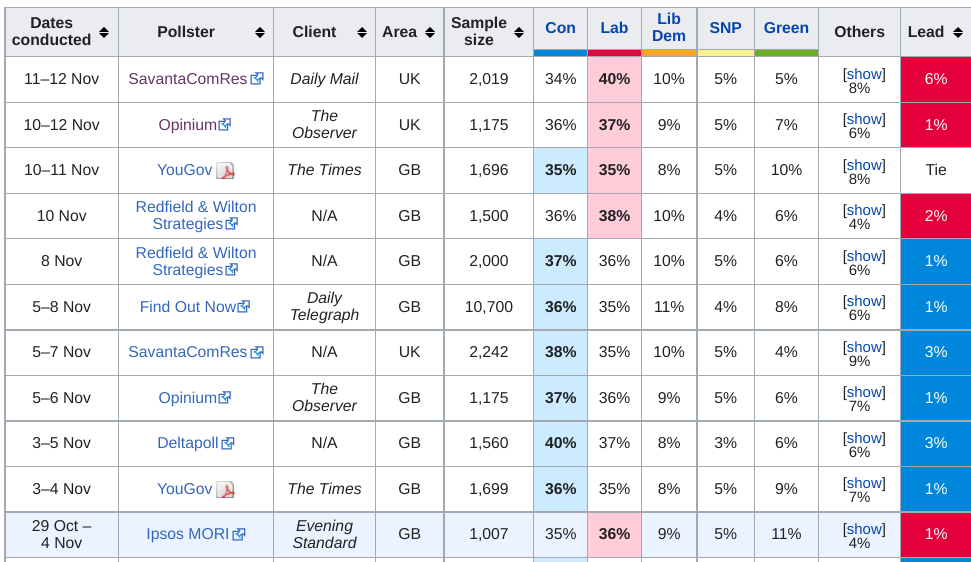 In terms of dates the ComRes LAB 6% lead poll is still the latest – politicalbetting.com

I was a bit disappointed at the weekend that the only new poll was Opinium for the Observer and that had fieldwork dates of November 10-12 compared with the ComRes November 11-12. Generally, with internet polls the bulk of the sample responds on the first day of fieldwork so it is hard to compare Opinium with ComRes.