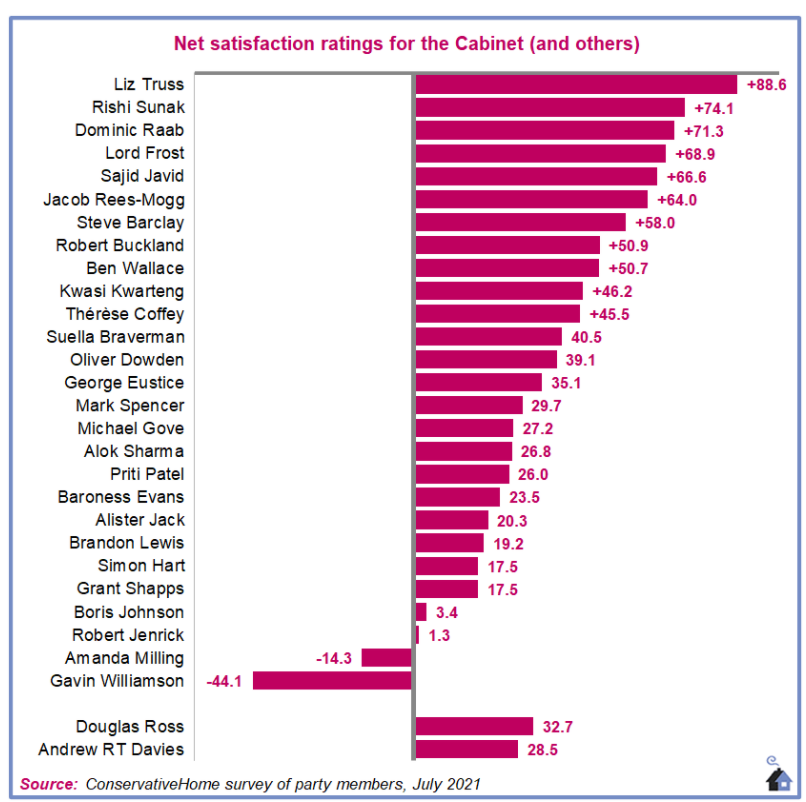 Every month we have the Conservative Home satisfaction ratings of cabinet ministers and the big feature of the latest one is the position of the PM. He’s down since last month a massive 36% and has a net satisfaction rating of just 3.4.