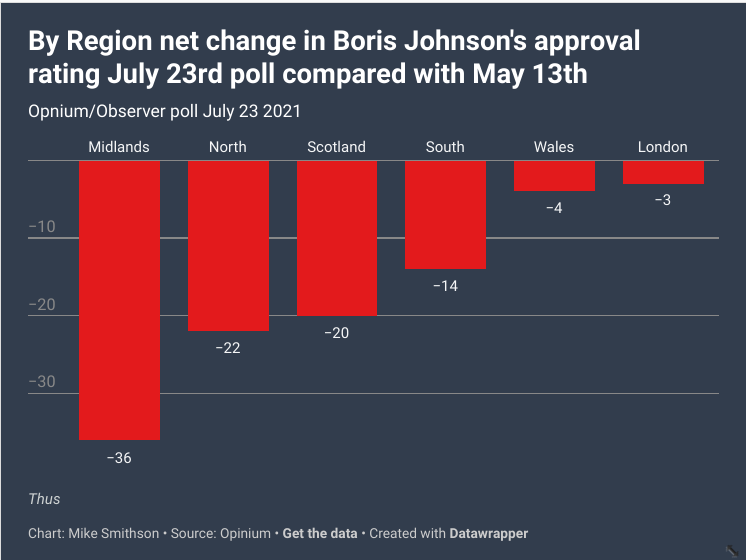 Opinium has the Midlands and the North recording the biggest falls in Boris’s approval ratings – politicalbetting.com

Overnight we have the latest Opinium poll for the Observer which includes the regular approval ratings. The chart takes the latest numbers by region and shows the changes since the firm’s May 13th poll when the PM’s “vaccine bounce” was at its peak.