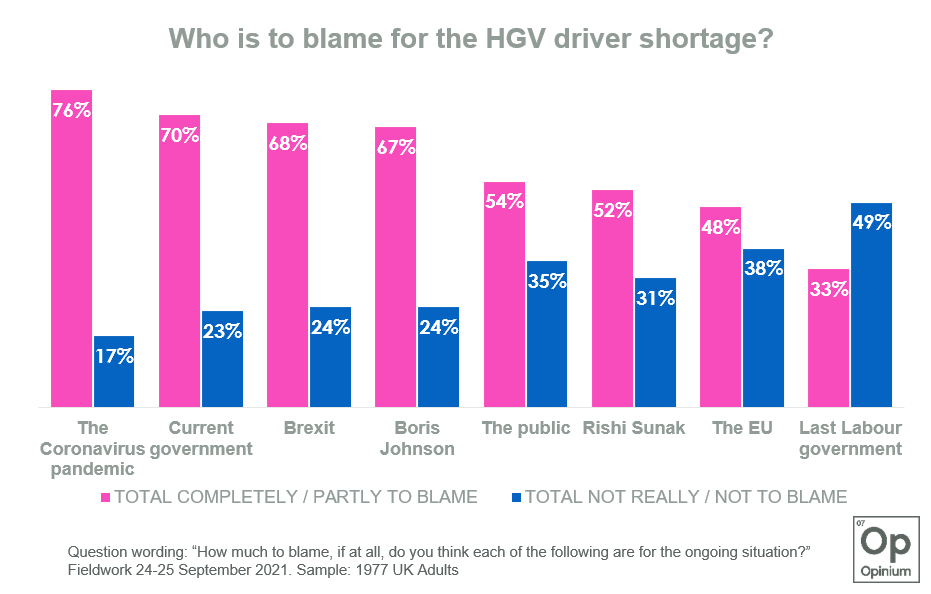 Interesting polling from Opinium on who/what is to blame for the ongoing situation. Clearly everything is in the context of the pandemic which gets the most blame – but it is not that far ahead of the government, Brexit and Johnson.