That YouGov LAB lead poll is increasingly looking like an outlier – politicalbetting.com 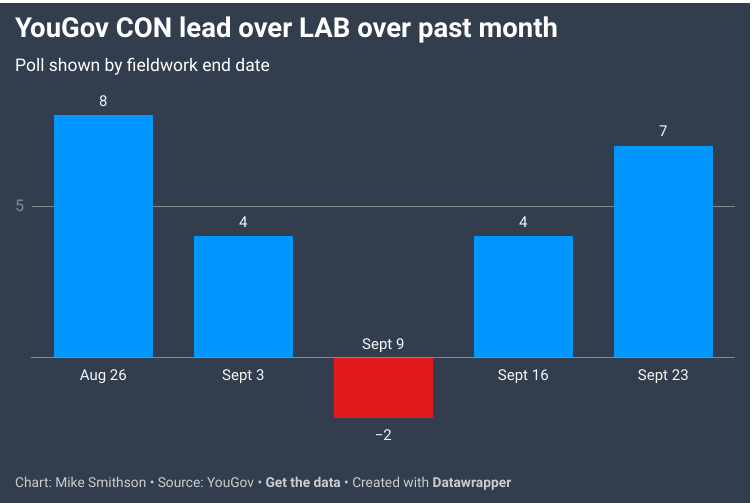 That YouGov LAB lead poll is increasingly looking like an outlier – politicalbetting.com

Back in mid July I wrote here that backing LAB to get a poll lead during the remaining part of 2021 looked like a good bet. First amongst my reason was there was always the possibility of an outlier. The context for the post was a then new Smarkets market on when Labour would next get a poll lead.