The latest polls having little impact on the next general election betting – politicalbetting.com 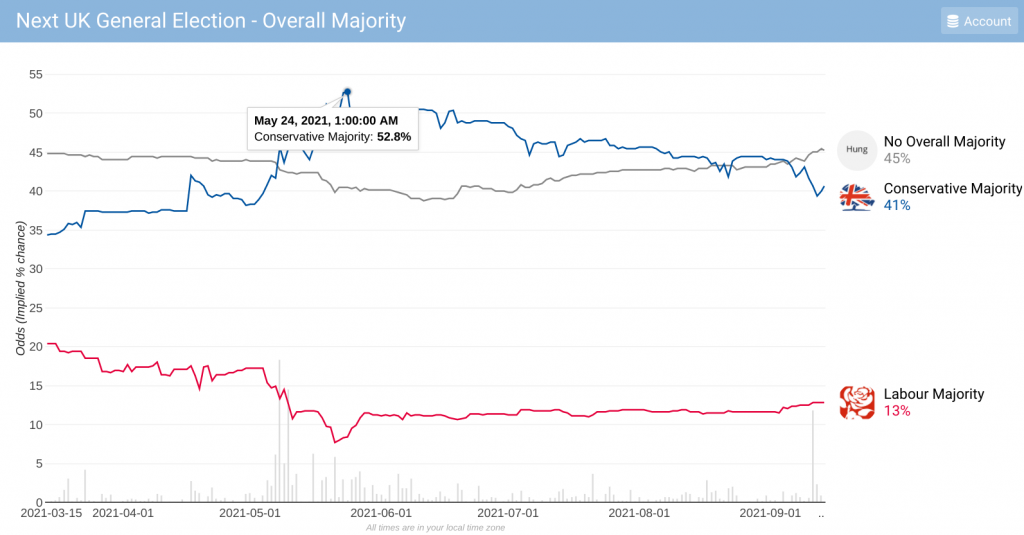 The latest polls having little impact on the next general election betting – politicalbetting.com

As we all know the pattern of polling since Johnson’s tax rise statement last Monday have been negative for the Tories. The latest from the normally Tory-friendly Redfield has the blue team lead down from 9% to 4% although its PM approval rating has moved just from a net minus 4% to just minus 2% which is very different from the Opinium minus 17% for essentially what is the same question.