Is EdSec Gavin going to be a victim in the re-shuffle? – politicalbetting.com 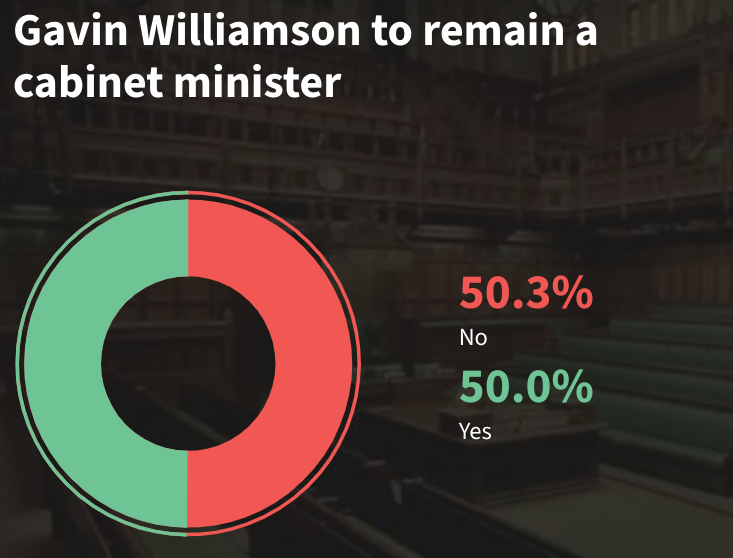 Is EdSec Gavin going to be a victim in the re-shuffle? – politicalbetting.com

All the signs are that BoJo, who reputedly hates firing people, is getting ready for a reshuffle that could happen this week. The fact that the Tories have lost their lead in two of the latest polls is adding to the speculation that we might see something happening this week.