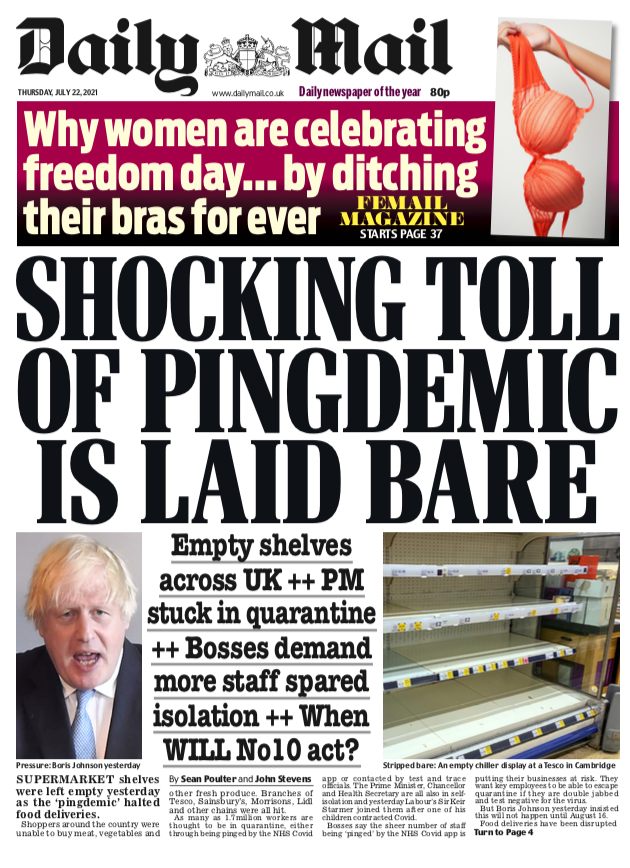 The developing empty shelves narrative could really damage Johnson and his government – politicalbetting.com

The Mail’s front page reflects a growing narrative that of itself could trigger panic buying and add to a developing sense of crisis. Pics of empty shelves are becoming an increasing feature of late sparked off not just by the so called pingdemic, but the shortage of drivers and Brexit itself.