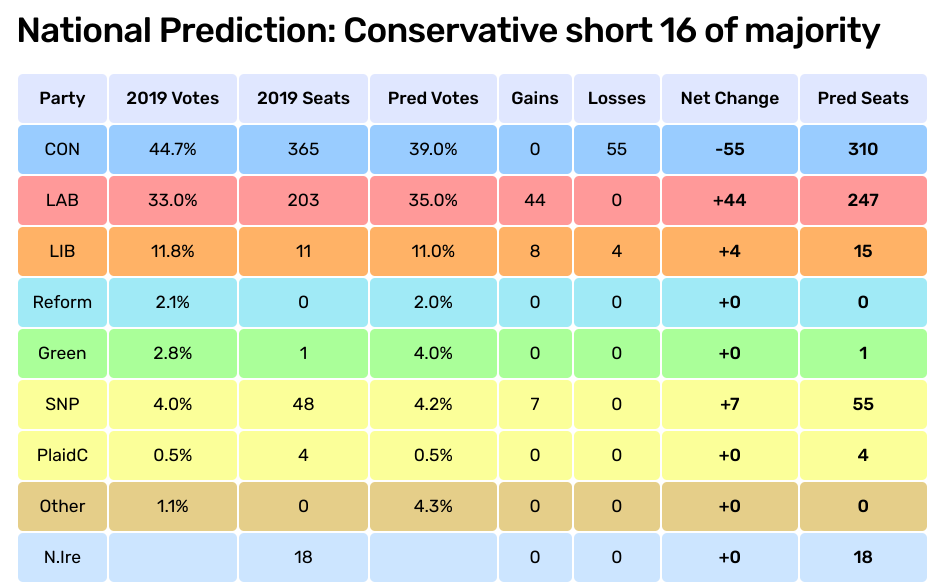 For the projections, I have used Martin Baxter’s longstanding seat calculator. As can be seen the polling and the seat projections are in separate universes and there is no way you can rationalise it except that Survation’s fieldwork was four days later a period that was pretty bad for BoJo.