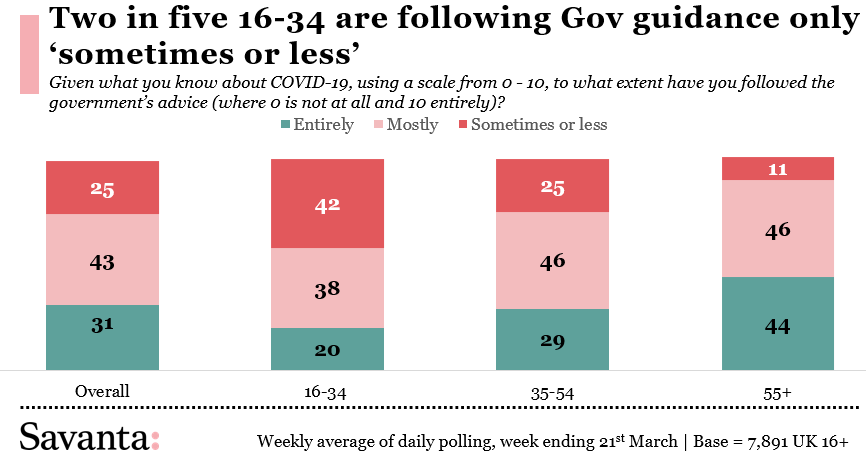 In today’s poll the percentage of those in the 16-34 segment saying they are following the advice ‘mostly’ or ‘entirely’ – is now 58% down from 65% in January.