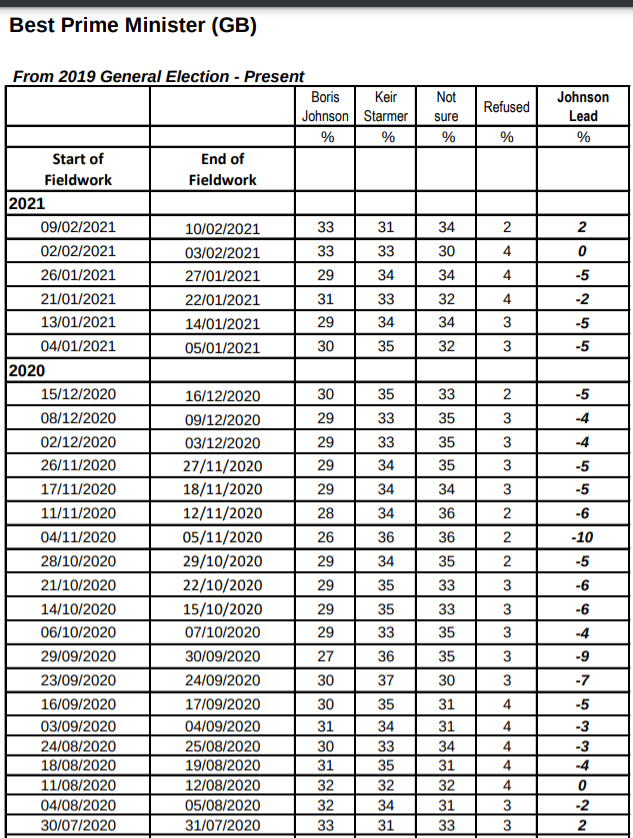 For the first time since July Johnson is back on top in YouGov’s “Best PM” ratings – politicalbetting.com

One of the most extraordinary polling trends that hasn’t been commented on that much is seen in the above YouGov table of its best prime minister ratings.