If punters are right tomorrow’s MidTerms will good for GOP – politicalbetting.com 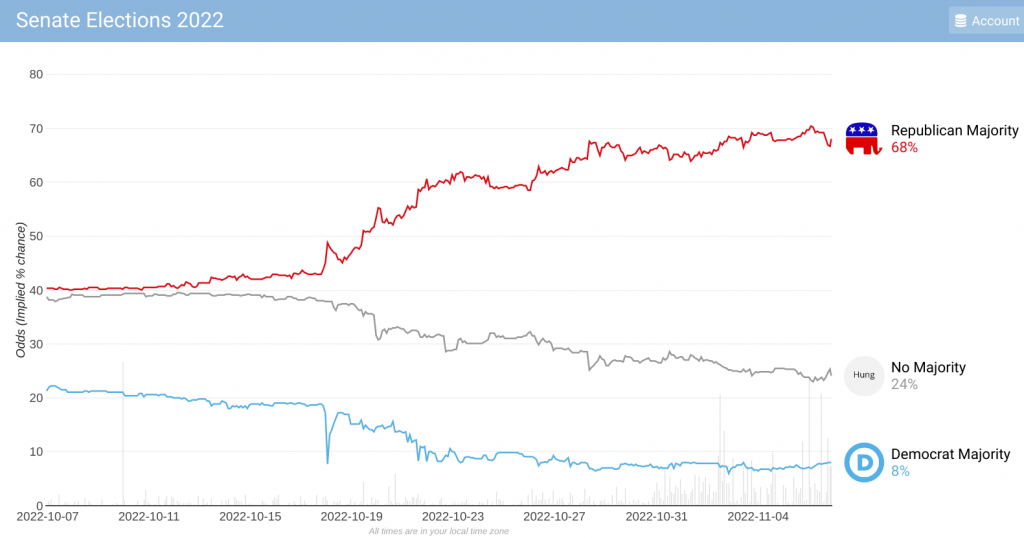 If punters are right tomorrow’s MidTerms will good for GOP – politicalbetting.com

The charts show the betting trend for tomorrow’s big MidTerm elections when it is looking as though the Republicans with take both the House and the Senate. The party will also do well in hundreds of state elections.