The Republicans now a 69% betting chance for Senate control – politicalbetting.com 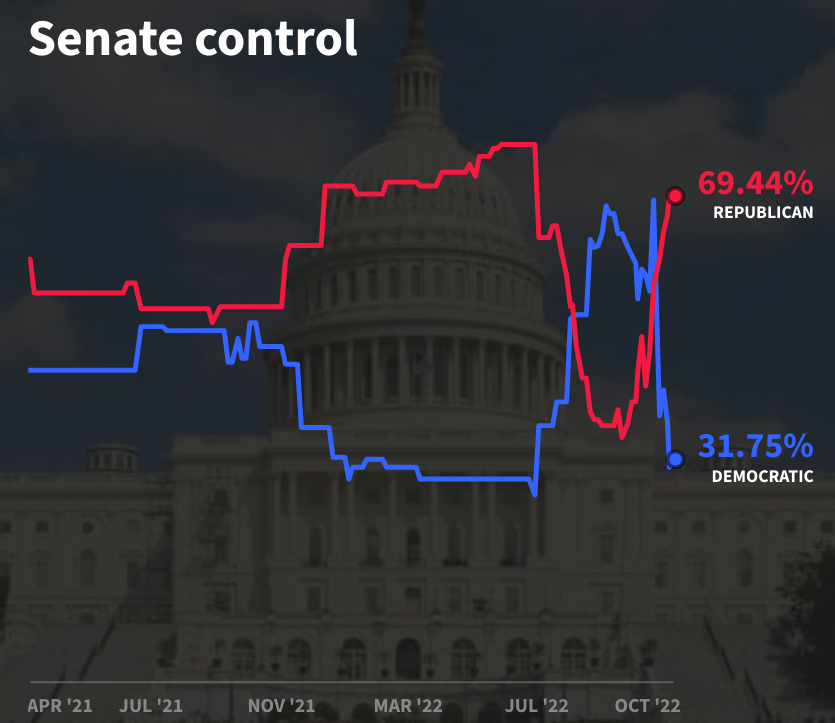 The Republicans now a 69% betting chance for Senate control – politicalbetting.com

The big political betting markets at the moment are on next Tuesday’s midterm elections when the big issue will be whether the Democrats will lose control of the Senate. At the moment it is a 50-50 split with the VP, Kamala Harris, having the casting vote. A loss of House control looks pretty certain.