These YouGov findings are terrible for Truss – politicalbetting.com 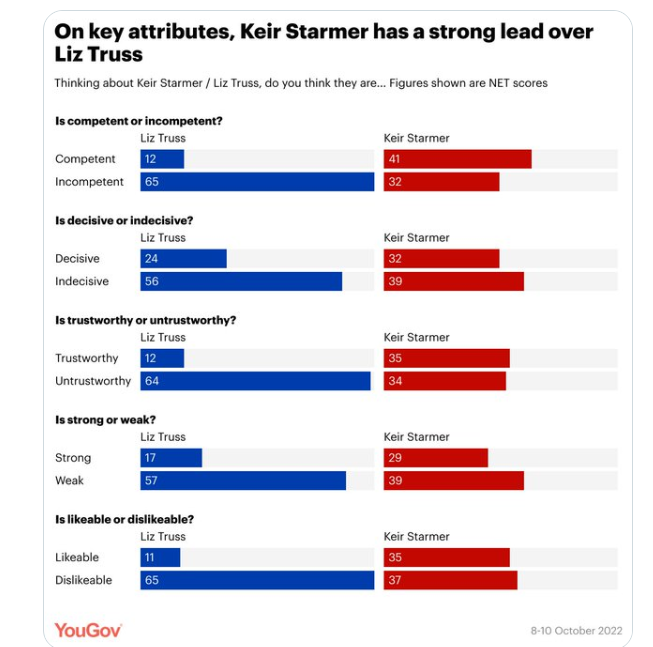 These YouGov findings are terrible for Truss – politicalbetting.com

By far the worst numbers here for Truss are on likeability. That just 11% say she is likeable is awful for the PM and it is hard to see what she does about it. The perception spills over onto the trustworthy rating and whether they are seen as competent.