Biden’s moving back up in the WH2024 betting – politicalbetting.com 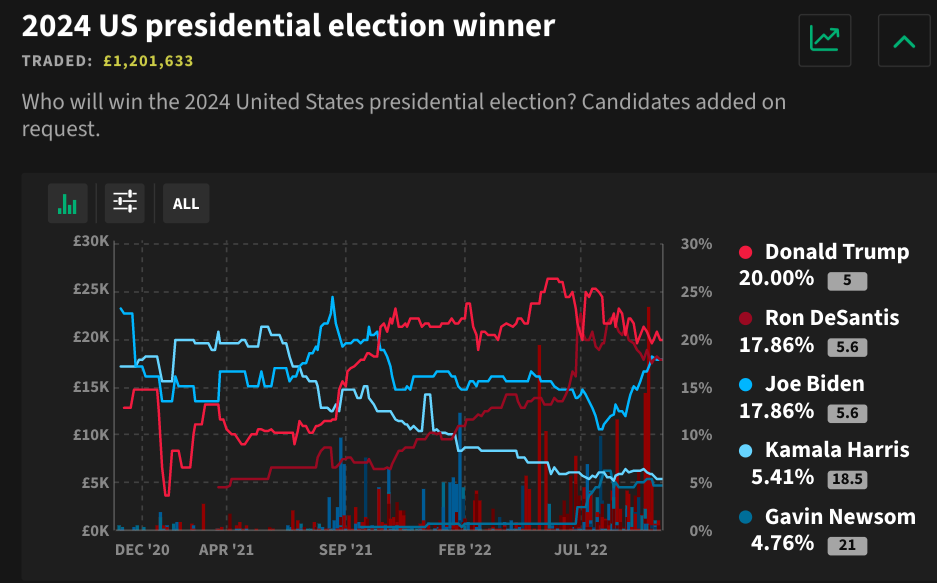 Biden’s moving back up in the WH2024 betting – politicalbetting.com

One thing that is becoming clear is that Joe Biden is moving upwards in the White House race betting for 2024 but will he stand given that he celebrates his 80th birthday next month?