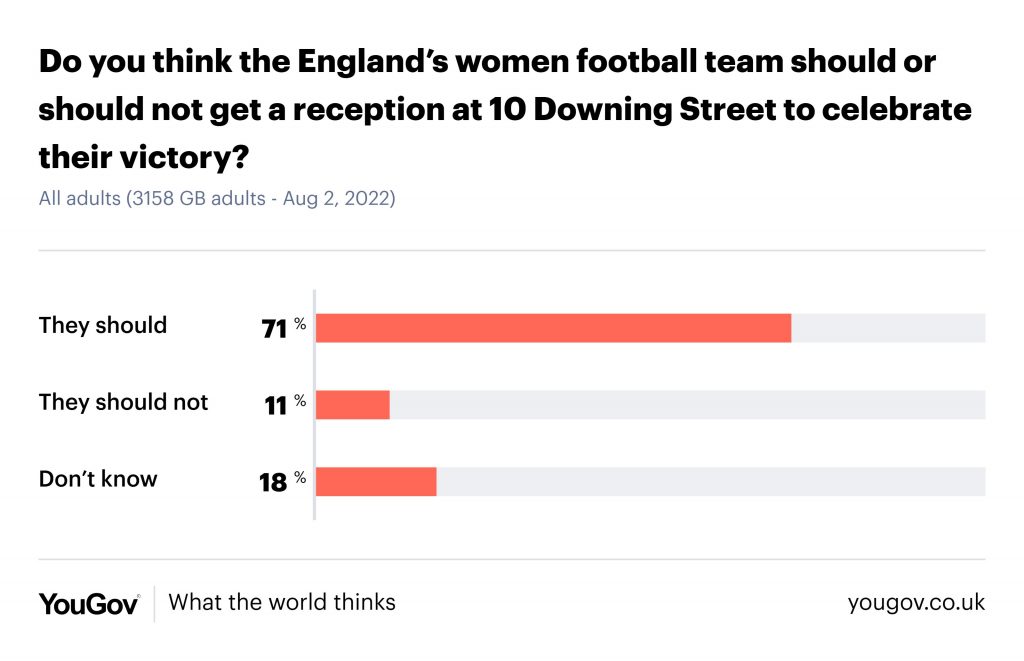 I know that Johnson is on his way out but what better way to get some good publicity than inviting the victorious England Woman’s soccer team to a special reception at Number 10.