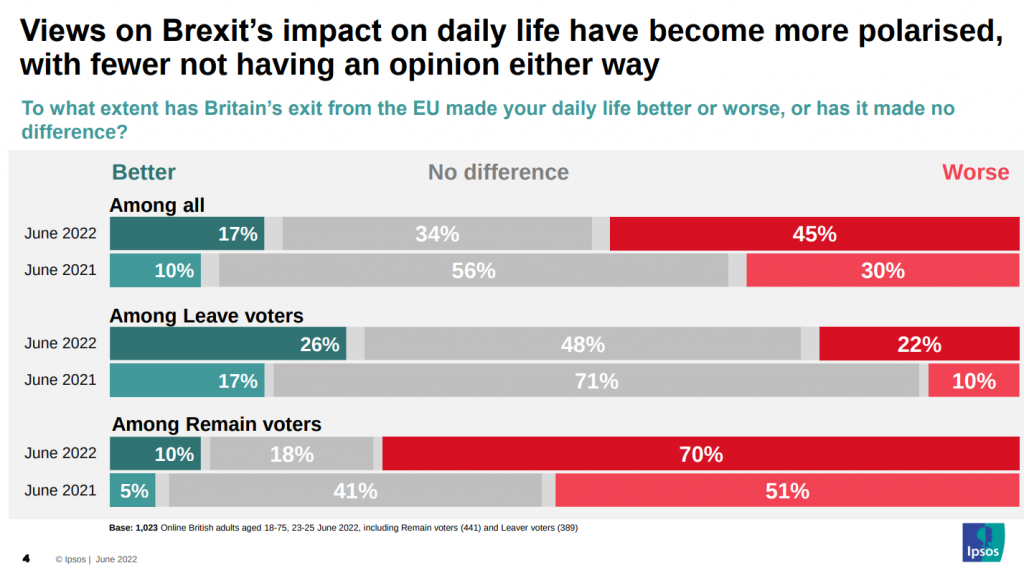 Ipsos has a reputation for developing the most interesting questions on which to poll and this late survey is no exception. Six years after the referendum has BREXIT made life better or worse?