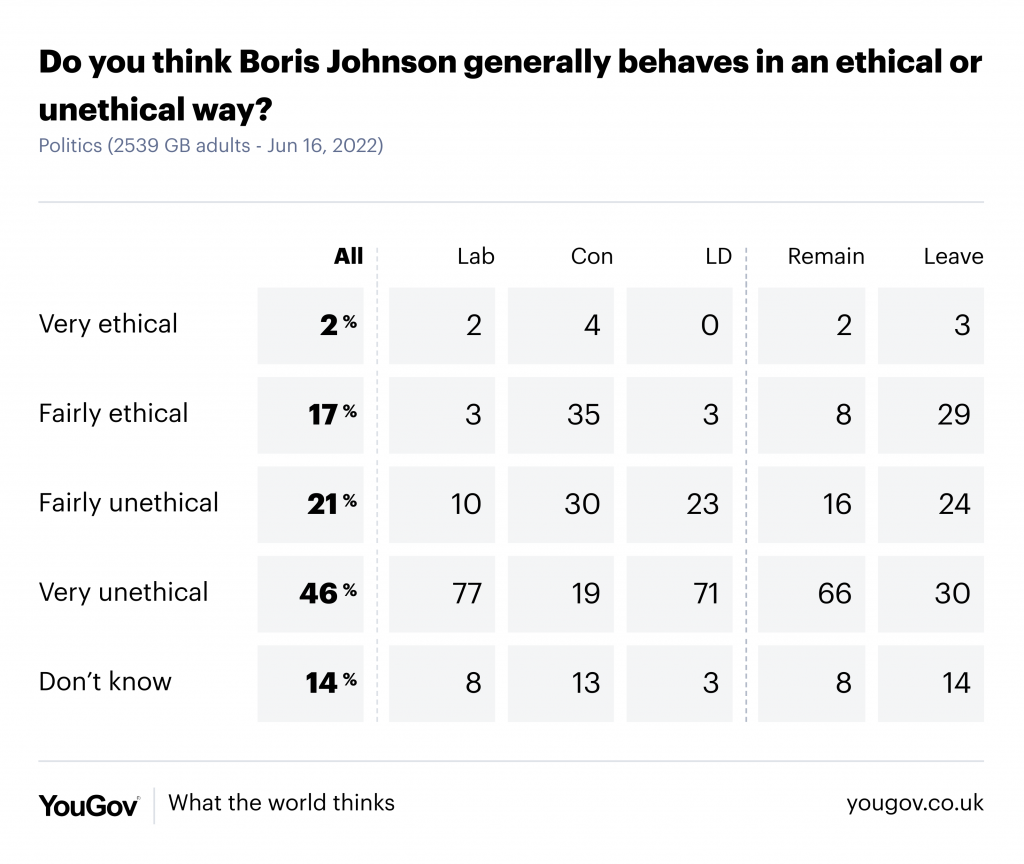 Normally questions like the above about a leading politician produce a fairly sharpish split between those who support the party of the person being assessed and those who don’t.